I am sick and tired of data analyses that do not account for population size!

@UpshotNYT Wow, it's almost like states with larger populations give birth to more MacArthur fellows. http://t.co/Se6kvpQhkz

But look, I am sympathetic to the extra work this requires. Now you must track down a dataset on state populations, which is surprisingly hard to find in a convenient form (I’ve tried!).

Introducing uspops, an R package that contains two datasets provided by the US Census Bureau:

Let’s see what state populations look like over time. 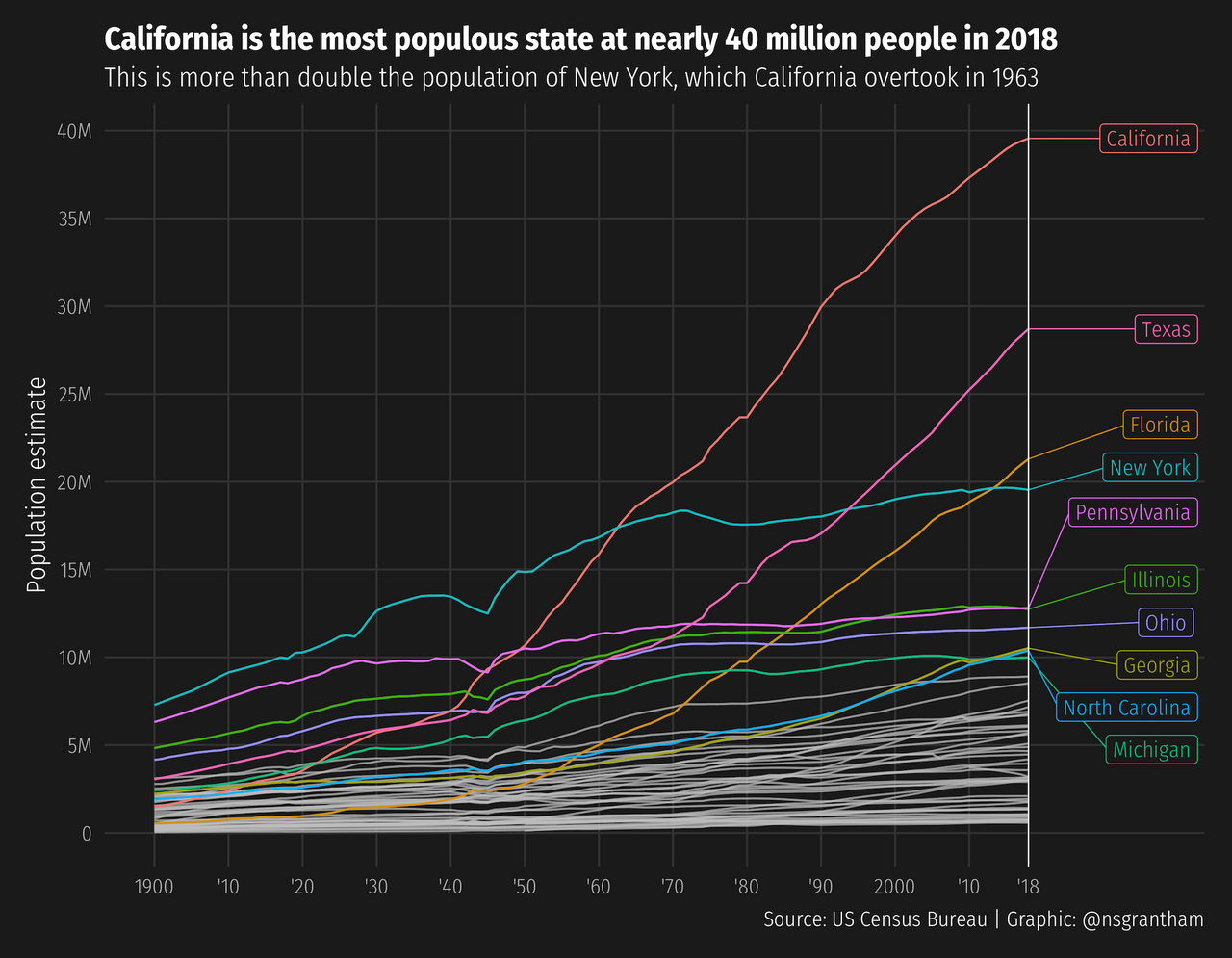 I am not motivated to recreate the Upshot’s visualization with MacArthur Fellows relative to state populations. Judging by this state population plot, however, it appears New York will surely remain on top of, um, birthing creativity, and California will not hold on to 2nd place.