The Sum Over 1 Problem

I recently came across this fun probability problem which I’ve dubbed the ‘Sum Over 1’ problem.

On average, how many random draws from the interval [0, 1] are necessary to ensure that their sum exceeds 1?

To answer this question we’ll use some probability theory (probability rules, distribution functions, expected value) and a dash of calculus (integration).

We seek the long-run average, or expected value, of \(N\) denoted \(E(N)\). A good first step for a numerical problem like this is to utilize computer simulations to point us in the right direction.

If we index this partial sum vector from 1 up to 20, then \(n\) here is simply the index of the first component of this vector whose value exceeds 1.

The find_n function accomplishes this for any vector of random draws u:

These are just point estimates for \(P(N = n)\), but we can estimate their standard errors as well by running sample_from_N many more times. The approximate probability distribution of \(N\) is depicted below. 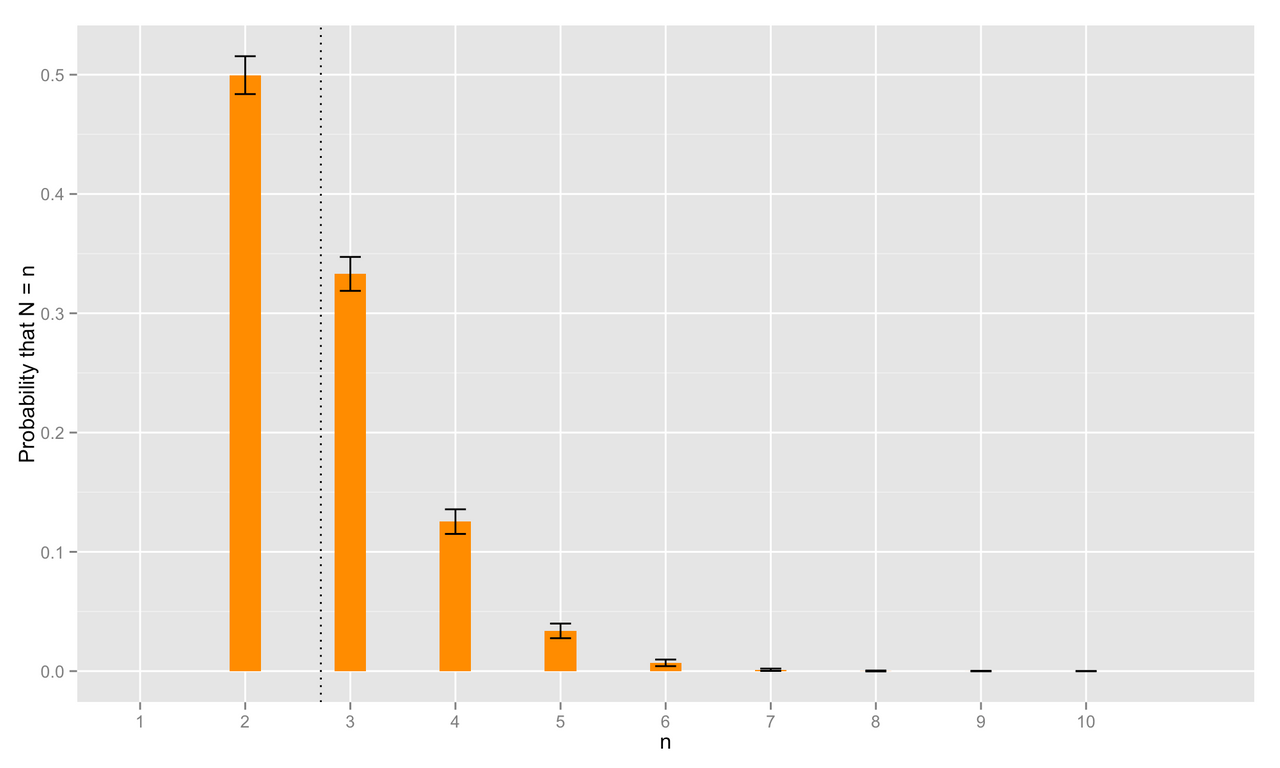 Could the answer to our probability puzzle truly be \(e\)? 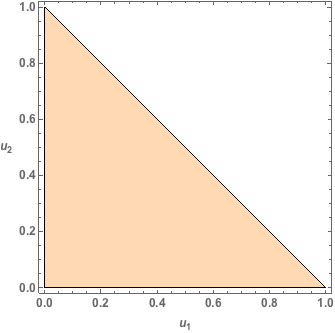 Now for the probability that \(N=3\), it is tempting to proceed by finding the exact probability

Similar to the previous case, the probability that the sum of three random draws from [0,1], \(U_1, U_2,\) and \(U_3\), does not exceed 1 is given by the proportion of the unit cube shaded in the following image.

This shaded region is a 3-dimensional unit simplex with volume

We’ve got everything we need to find the expected value of \(N\).